The Parklet Project was a success! We set up 3 parklets on Main Street and blocked a section of street to create a pop-up plaza last Saturday. The 3 Main Street parklets were all of the same design; plywood floors on sleepers to align with the sidewalk, and OSB walls to offer some separation from the adjacent traffic. 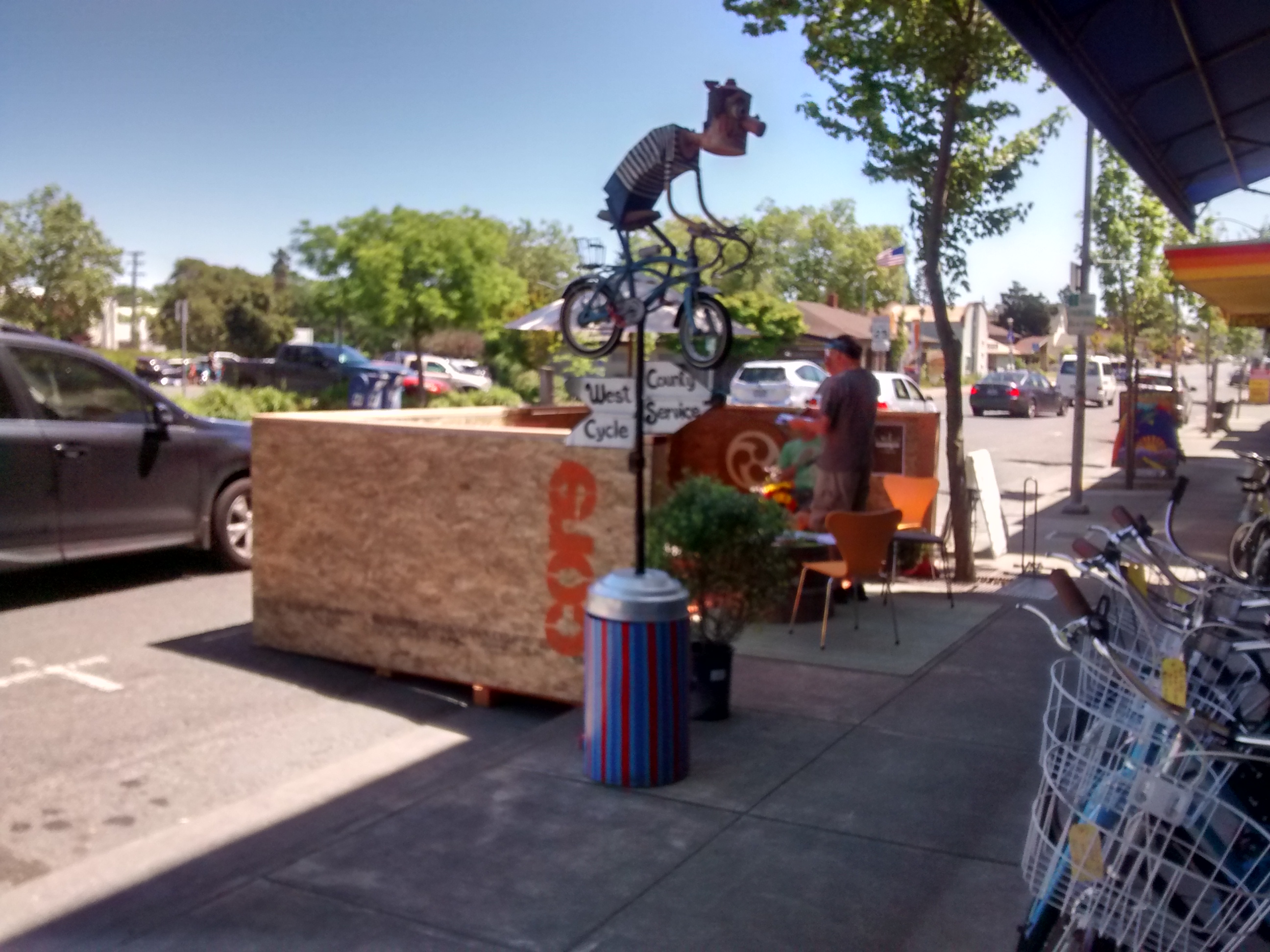 The 3 parklets were customized by the adjacent businesses, or by The Core Project for the parklet in front of the bike shop. People were really interested in what we were doing and most feedback was favorable. There is a severe lack of pedestrian space on Main Street, and the parklets offered the opportunity to relax and have a conversation, or catch up on some reading, out of the flow of pedestrian traffic along the sidewalk.

Being a small town, you invariably run into someone you know while walking downtown. When you stop to chat you end up blocking the sidewalk. A parklet gives you an opportunity to step aside and carry on your conversation without blocking the flow. And the walls of the parklet gave a surprising amount of separation from the adjacent traffic lanes. They really had a cozy feeling to them.

The fourth parklet was really more of a plaza. We realized that shade was a premium for this space as it was a relatively warm day. Once we repositioned the umbrellas we had, and re-located several from the Main Street parklets people were more apt to populate the space. And as more people ventured to Screamin’ Mimi’s later in the afternoon, the pop-up plaza really came alive.

The event showed that people will use more space, when we give them more space, and that the space allowed for spontaneous interactions. One parklet even hosted a birthday party (my wife and several friends brought down a cake for my birthday, to my surprise) that resulted in sharing birthday cake with passersby.

Several businesses expressed interest in creating permanent parklets. I’m hoping this event showcasing what could be will inspire one or more of them to create something more permanent.