This post in in the response to the following comment from the Press Democrat Close to Home published by advocates of the Charter School.

Paul, I read your opinions as being very much centered on your own neightborhood. Not very many people live in walking distance of the current campus. I wish you could approach the situation from a slightly larger point of view. The potential of the new campus is that many more people would be able to get there without cars than is the case at the current campus. This is what is exciting to me about the new campus from a let’s-not–drive-if-we-don’t-have-to point of view. I realize that there is a risk that it might not develop this way, But if we can put the infrastructure in place — a campus served by a bike trail — then there is a possibility that it WILL happen. For me it is worth the risk.

I wish I could believe that John. I did an overlay on an aerial photo with a 1 mile radius circle centered on the existing downtown campus, the existing K-2 campus and the proposed campus. The downtown campus circle encompasses pretty much the entire city limits of Sebastopol. The proposed campus gets almost to Bodega Ave., leaving out anyone south of there. Which yes, that includes my neighborhood, but it also includes about half of the residential neighborhoods of town. Unless there is some strange coincidence that the families of the Charter School only live north of Bodega Ave., I’m not sure I understand where you are coming from. 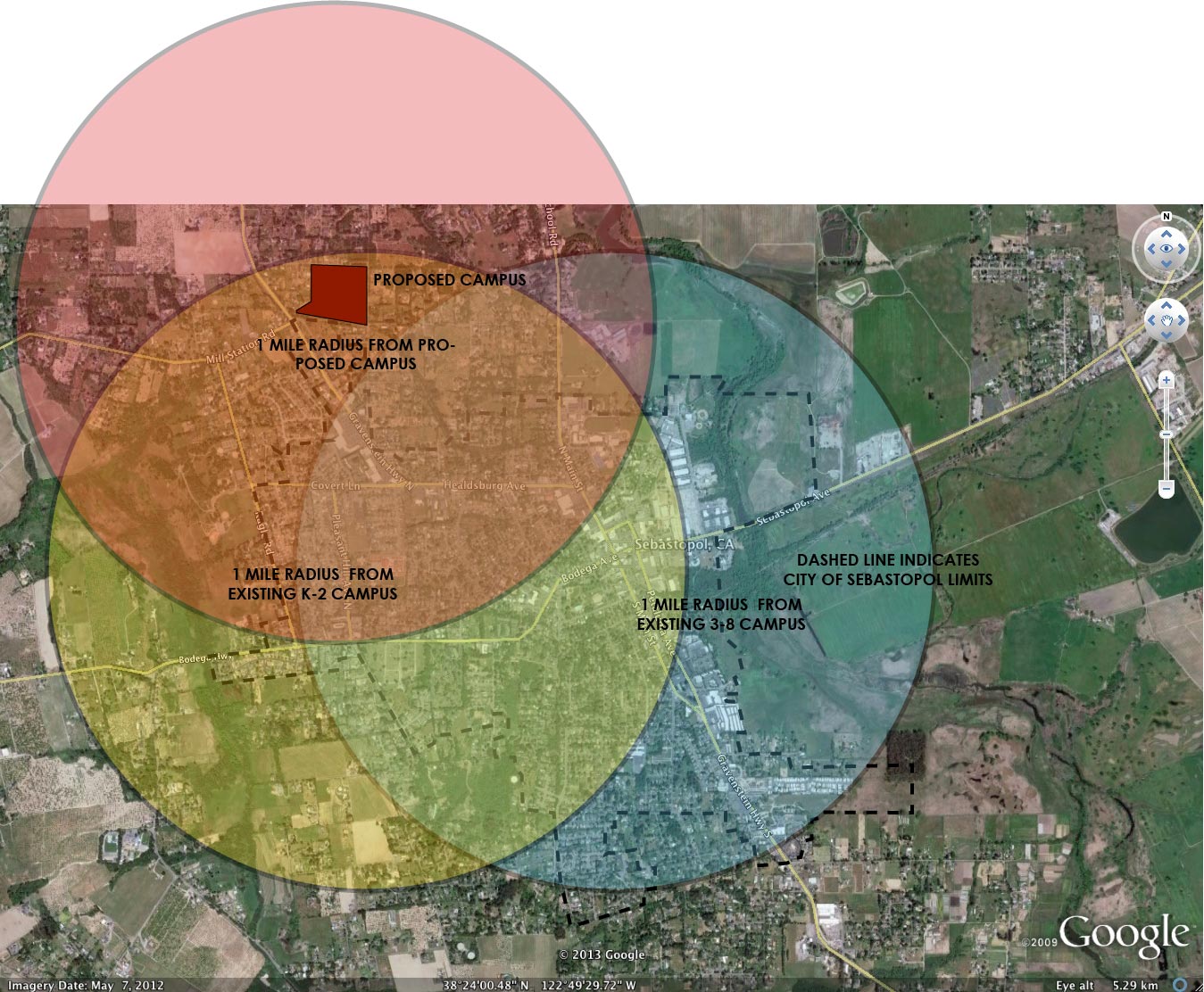